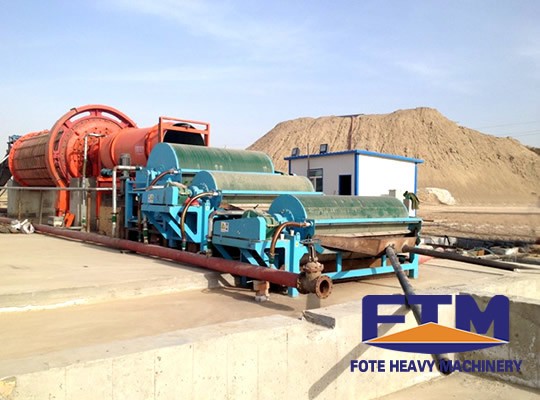 With the continuous progress of economy in China, the technology of iron ore dressing equipment is constantly updated. Both the iron ore production line and the processing technology have been significantly improved. It has not only greatly improved the processing precision of hematite, but also selected some hematite by-products that can be applied to many industries, which improves the utilization rate of resources.

(1) Desliming. This is the most commonly used method, such as the removal of other impurities before the magnetic separation. For the traditional desliming of typical iron ore dressing equipment, hydrocyclone is a hierarchy of mud separation, or give up to the mucus and gravel processing, which is the so-called 'sediment separation'. Some simple magnetic mud plus a small amount of foaming agent listed prior to the magnetic separation.

(3) Batch dosing. It will bring a new collector segmentation to maintain an effective agent in the pulp concentration, so as to improve the selectivity.

Prev: How to Reduce the Cost of Gold Beneficiation Line?

Next: Copper Ore Beneficiation Line is the Main Force of Social Progress